Seriously. How did it all come to this? How fucked is the entire world right now and how much of it is our fault?

About a year ago I decided I just couldn’t take it anymore. I hopped my happy hairy ass off Twitter, found a nice, comfortable hole and just disappeared. I kept up with the news and politics, but I also kept my mouth shut. Why?

But hiding away hasn’t helped at all. Does it ever? I don’t feel any better. I’m not any healthier for it. In fact, my stomach hurts and my head aches …

All. The. Fucking. Time.

So fuck it. The Rabbit has returned. I don’t really expect anyone to give an actual shit but that’s cool. I’m not doing this for you.

I’m doing it for me.

So here’s the deal. Sp!tting Hares has its roots in an unusual place. Years ago, back when Rock Band was a thing, I played that game with my kids. Still do. And one thing has been consistent across all the intervening platforms and iterations of this game over the years. Our “band” was/is called Sp!tting Hares.

It’s wordplay, of course. The name sounds, intentionally, like “splitting hairs”. In fact, our PlayStation 2 band may have actually been called Splitting Hairs at some point, but I don’t remember it that way. Regardless, I was and still am infatuated with the homonymous nature of the phrase and the name.

So it stuck. I have only recently started using it as my mostly anonymous web presence, mostly on Twitter, and occasionally on this blog. Now I’ve built an entire theme around the concept, which incorporates my long standing love for Bugs Bunny, cute rabbit pictures and memes, and bizarre rabbit imagery and photography. I’ll also rely often upon the Happy Bunny designs of Dallas Robertson (all without appropriate licensing) and other misappropriated rabbit/bunny/hare themed art. 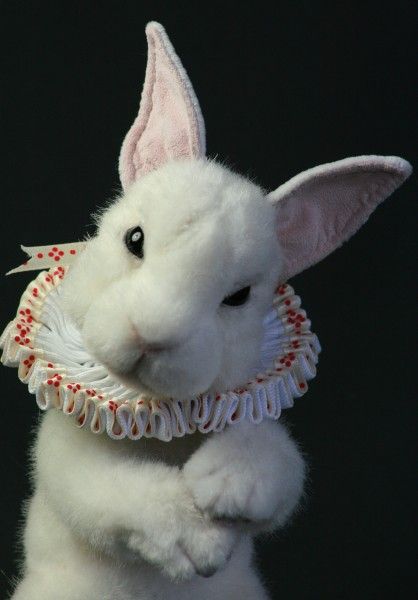 It’s just me, hippity hopping down the rabbit hole. This ain’t wonderland, but you’re more than welcome to follow the little white rabbit. I’m not sure what brought you here in the first place, or what you might be expecting. Whatever. I’ll try not to disappoint.

Like Alice in Wonderland, odds are good your visit won’t make a lot of sense, at least not at first. I’m a bunny. And this is my blog. How weird is that?

I’ll be sharing whatever is on my mind. Like many minds, mine often struggles to stay focused. It ain’t ADD. It just is.

Politics. I’ll do that. Pop culture. Sure. Mass media. Maybe. Social media. Mostly Twitter, where you can usually find my little brown droppings contributing to the clutter.

Welcome to WordPress. This is your first post. Edit or delete it, then start blogging!

This silly damn rabbit turns 55 today. As a gift to myself, I'm saying goodbye to Twitter. I just need less negativity in my life. There are good folks here, and I thank you for the shits and giggles. For those who remain, good on ya. You're made of sturdier stuff than I. pic.twitter.com/gPBk0IpqxP

@ThomboyD You and me both. I'm seriously thinking about giving myself a birthday present when I turn 55 in a few days … By just walking away from Twitter. I would miss so many of you irreverent lads and lovely ladies, but this social media place is just such a damn cesspool anymore.

My daughter is getting married today. Many included family members are Trump voters, but there will be no red hats or Confederate flags on display. No BLM slogans either. Just family. A few friends. A few with masks, lots of social distancing, and everything outdoors. Peace.

@joncoopertweets #MelaniaHatesIvanka will turn into the most viral episode of this entire convention.